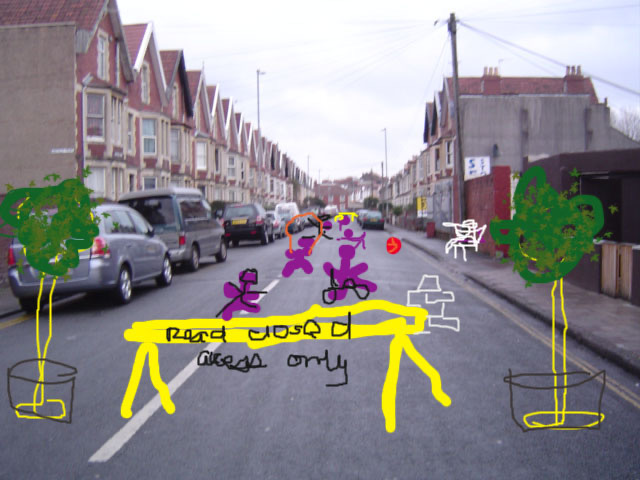 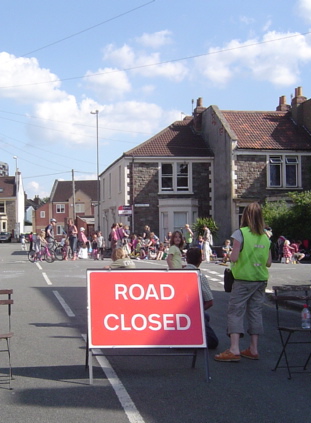 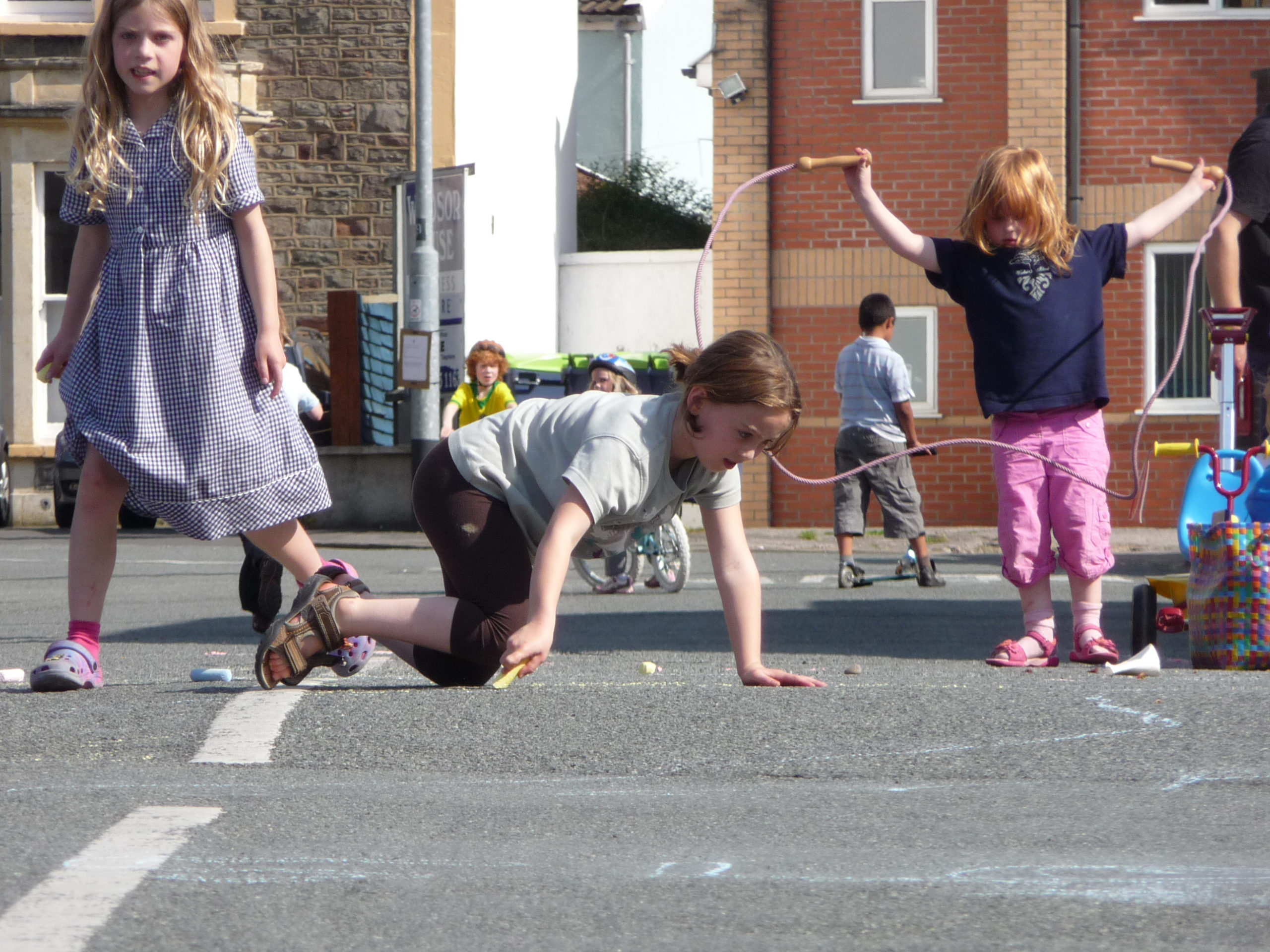 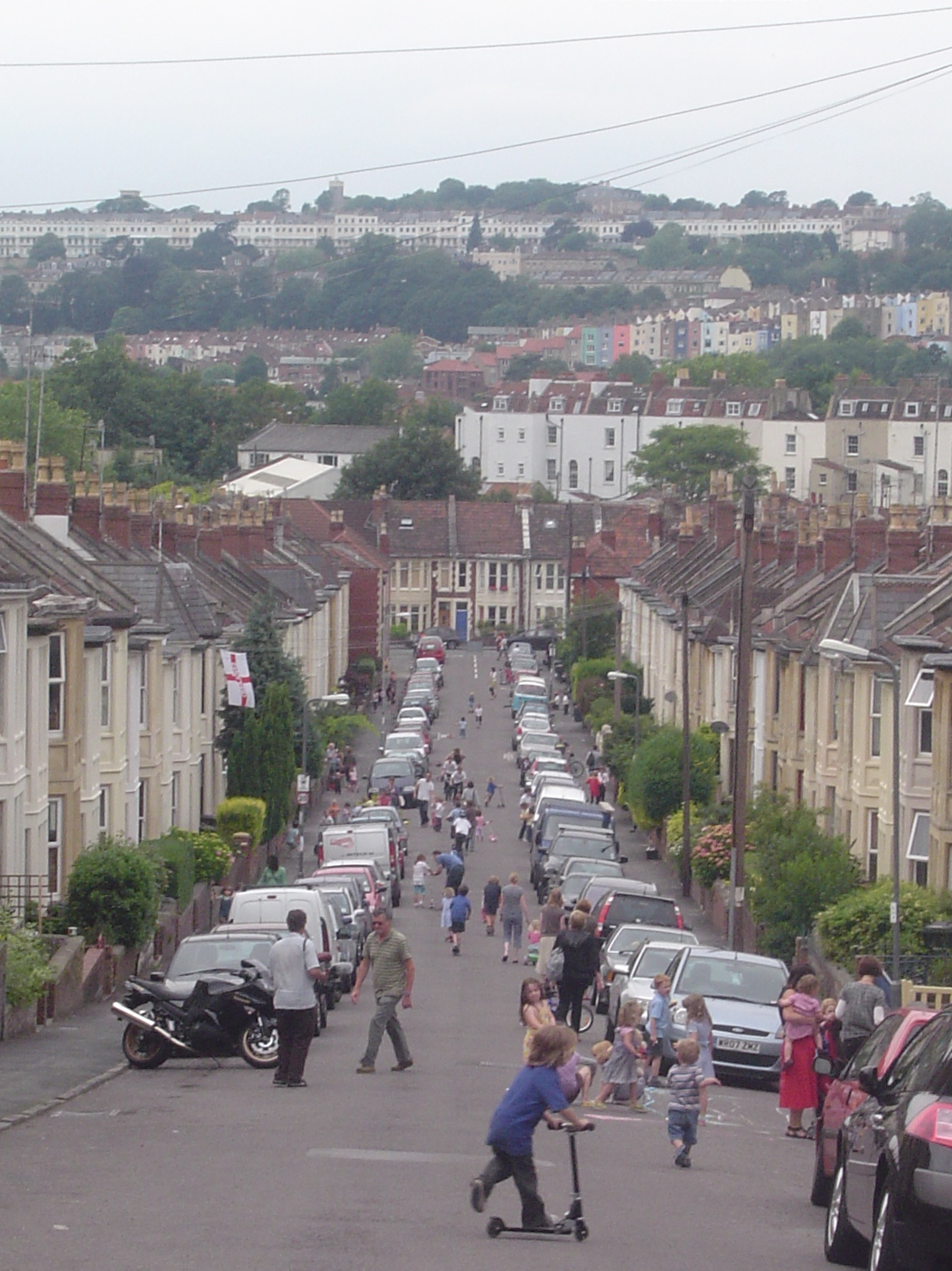 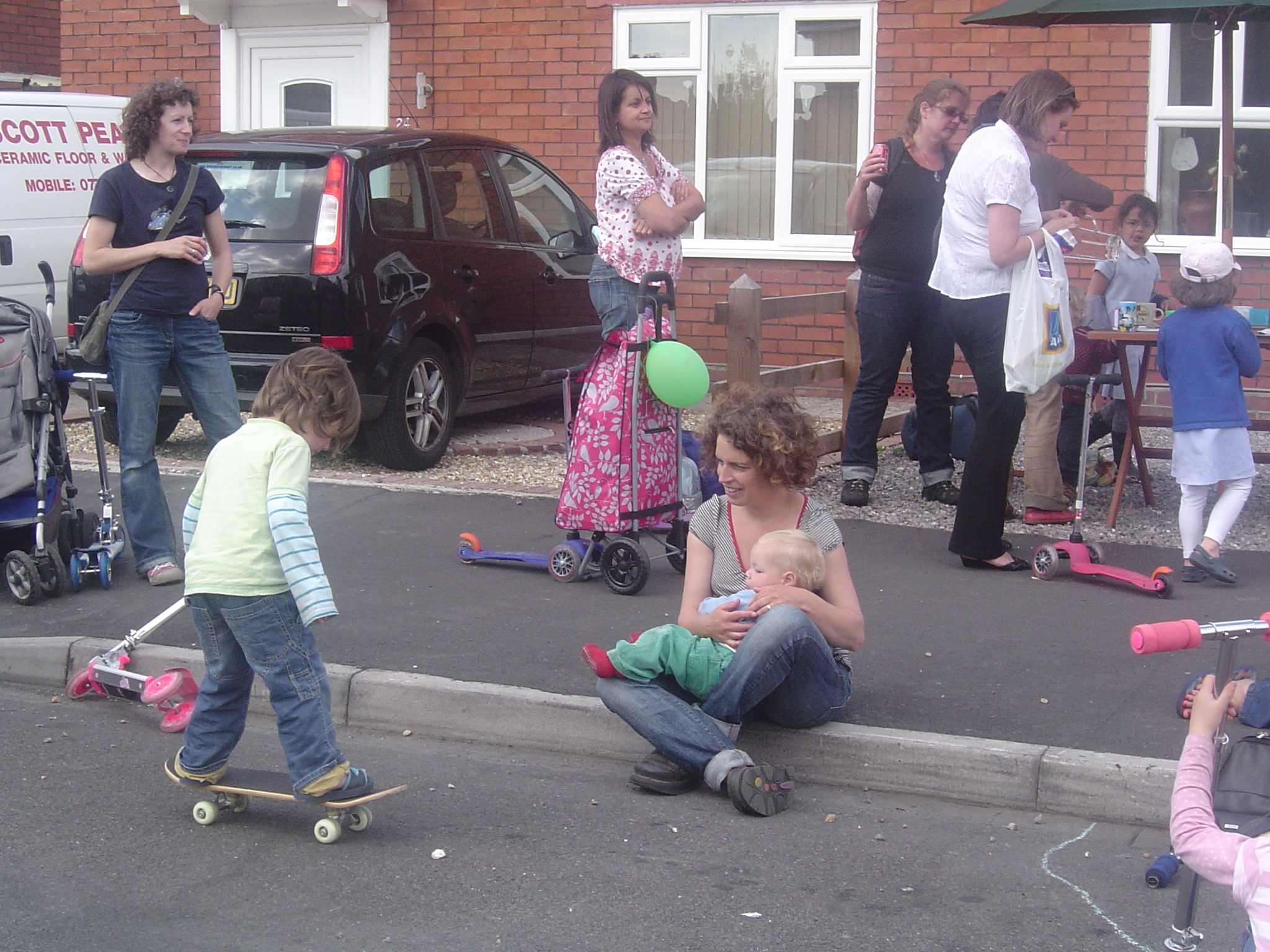 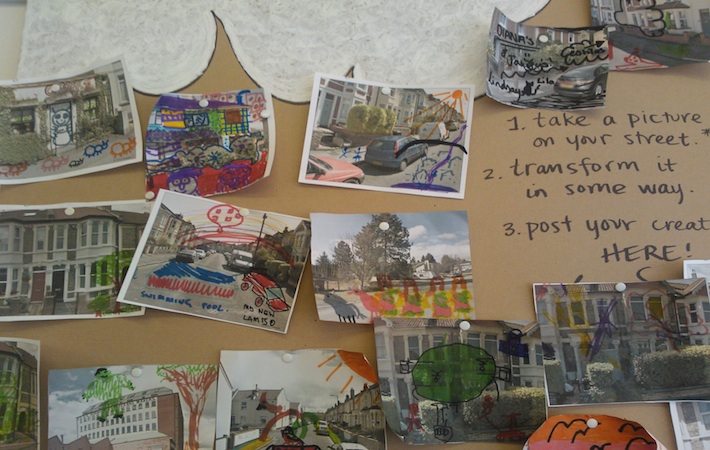 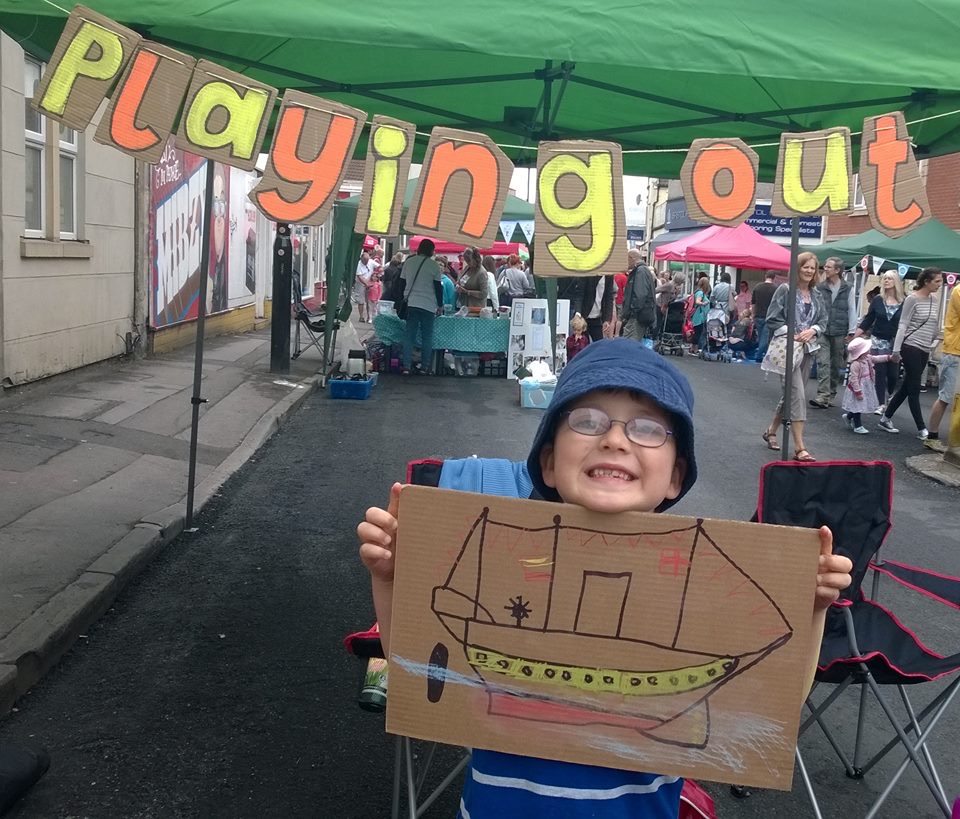 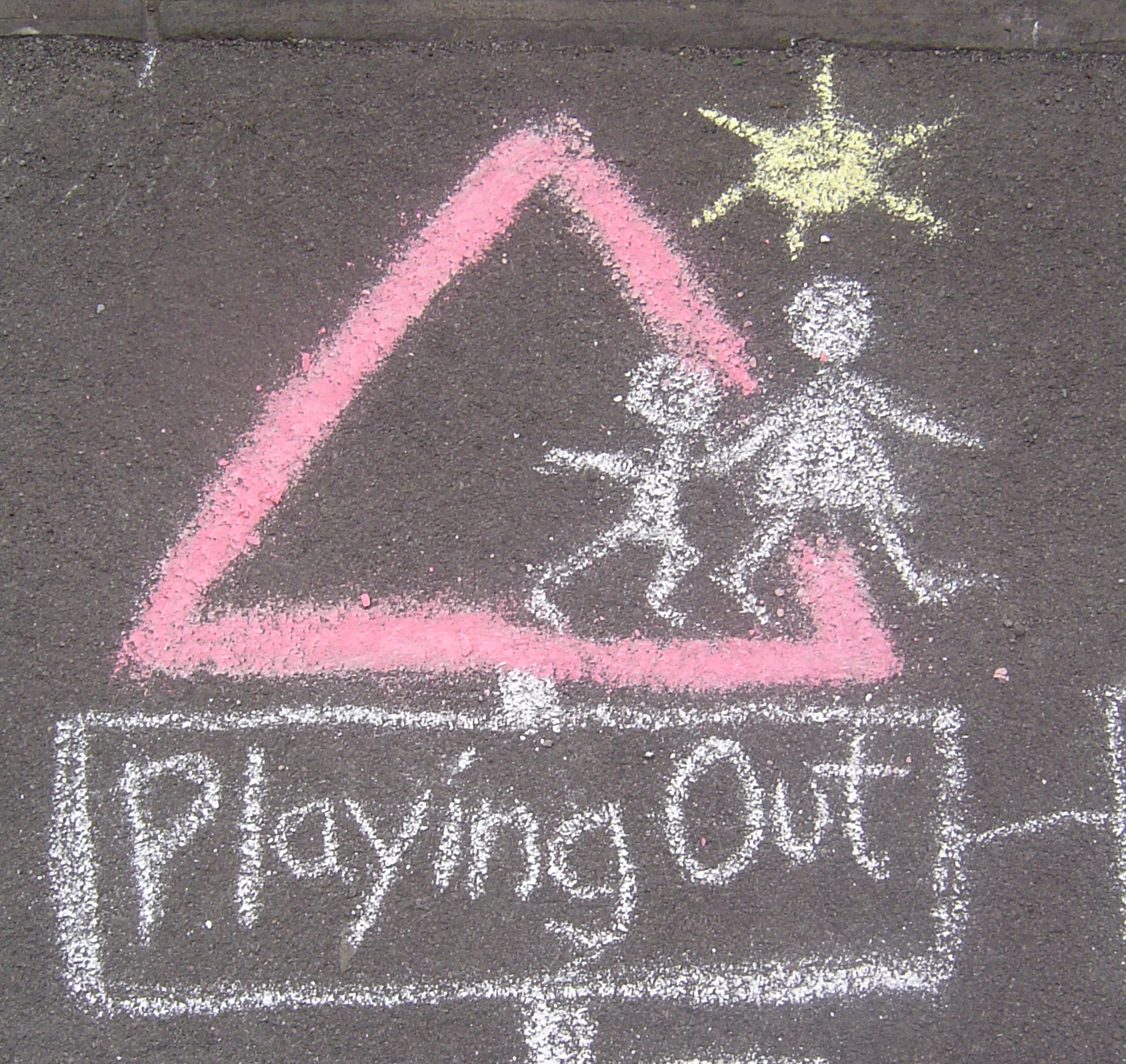 Playing Out is movement and support organisation to restore street play as an essential part of childhood.  Amy Rose co-founded Playing Out with Alice Ferguson in 2010 and was co-director and artist in residence from its beginnings through 2016.  Playing Out has empowered neighbours on over 1000 streets and estates to re-purpose their streets and public spaces for play and social activity.

Amy co-conceived and helped to refine the ‘playing out model’ of temporary, resident-led street closures. She co-created and delivered public workshops, talks, outreach projects and guidance materials.  She worked to embed innovation, creativity and ‘playful audacity’ into all levels of the organisation including the website, governance and collaborative processes. She helped to ensure that participation was responsive, ethical and transformative.

Playing Out can be traced to early conversations between Amy and her neighbours about the lack of opportunities for children to play freely and independently in their neighbourhood. Amy made drawings and collages that re-imagined the street as play space inspired by these conversations.  Building on their shared visions for change, Amy and her neighbours applied to the council to close the street for several hours after school on International Children’s Day in June 2010. This was followed by a pilot project on other neighbouring streets and the establishment of Playing Out as a national support organisation for street play. Resident-led street play policies have been adopted by 78 UK councils as of 2020. An innovative integration of grass-roots, direct action, organisational and ‘top-down’ support, Playing Out has inspired neighbours, play workers, public health researchers, and officials alike to honour children’s right and ease of access to play.

Visit the  Playing Out website  for full details about the project and resources to activate street play where you live.