Amy Rose is an interdisciplinary artist, researcher, lecturer and activist; a co-creator of performances, events, experiences, and social processes to enhance people’s connection with one another and with the public realm. She has over 20 years of professional experience, with specialisms in devised physical and visual theatre/performance, play, socially engaged arts, site responsive and public realm works. Humour, humanity, and challenges to the status quo are regular features in her work.

As a freelance practitioner, Amy has worked with Royal Welsh College of Music and Drama,Welsh National Opera, The Tobacco Factory,  Kneehigh Theatre, Once Arts and Ceremonies, The Desperate Men, Green Ginger, Living Pictures, Bread and Puppet Theatre, Miren Theatre, Ramshacklicious, Soap Soup and Lady Strong’s Bonfire and others.   She is currently a part time lecturer in Contextual Studies for Performing Arts at University Centre Weston.

Amy is a co-founder of Playing Out, a locally grown, national project to re-claim residential streets for play, with whom she maintains a role as associate artist. She has a on-going creative collaboration with Jenny Sanderson as Bocadalupa. 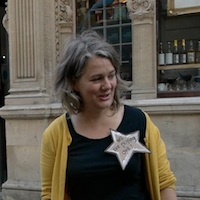 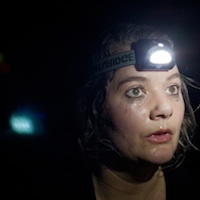 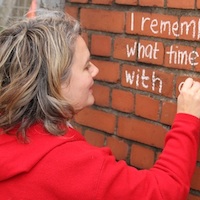 Born in Switzerland and raised in New England, Amy has lived in England since 1995.   The youngest daughter of civil rights activist-theologians, early influences include Christmas pageants, political demonstrations and back-yard circuses.  She has a BA in Dance and Theatre from Hampshire College and an MA in Theatre Practice from University of Exeter. She trained at Scuola Teatro Dmitri, Circus Space and Ecole Philippe Gaulier.  She is married to Chris Pirie of Green Ginger and has three children.